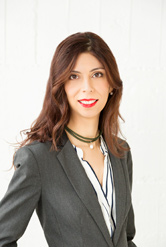 Dr. Nagham Al-Mozany is a New Zealand trained General and Colorectal Surgeon who is fluent in English, Arabic and French. She is a Consultant at Auckland City Hospital and a Clinical Senior Lecturer at the University of Auckland. Nagham obtained her medical degree from the University of Otago and her Fellowship in General Surgery from the Royal Australasian College of Surgeons in 2011. She completed her post-fellowship subspecialty training in colorectal surgery with a focus on pelvic exenteration and laparoscopic surgery for advanced colorectal cancers and benign pelvic floor disorders at Royal Prince Alfred Hospital and St. George in Sydney in 2014. She obtained her Masters in Colorectal Surgery from the University of Sydney and is the recipient of several awards including the John McCall Prize in General Surgery and the Spirit Award for MercyAscot Hospital.